Turning Negatives into something Positive.
MENU

Driving along the West Coast of the USA

During a period of 28 days I took the trip of a lifetime to the USA. My girlfriend and Irented an RV in Los Angeles and drove to all the beautiful places the US has to offer.

After a long flight and a good night’s rest in the hotel we arrived at het rental company to pick up our RV. It took a bit of getting used to driving it but I am never one to turn down a challenge, especially one regarding driving somewhere!

Stubborn as we are we decided not to follow the route suggested by the booking agency. The route we took was carefully put together by my girlfriend, using a combination of google maps, suggested stops, trip times and a bit of luck. We started our journey by spending 10 days driving from Los Angeles to San Francisco. With the help of a friendly truck driver we discovered that route 1 was the most beautiful route to take there. Best advice ever!

Sleeping Under the Stars

One of the first nights we decided to live on the edge a little. We stopped our RV on the side of route 1 and set up camp there. The beautiful night sky was so enchanting that we could spent hours watching it. But I wouldn’t be myself if I did not take this opportunity to take some beautiful photographs. Using my trusted tripod and a really long shutter time, I was able to take this gorgeous photo of the milky way! The photo shows so many stars you couldn’t even see with your own eyes. This really shows how photography changes the way you look at things. Some things are even better through the lens of a camera. The beautiful memory of that night is now not only in our minds but forever shown in this glorious photo!

Our journey took us to many beautiful places along the coast line, but the most impressive experience was the boat trip we took in Monterey to go whale watching. We saw the most magnificent specimens of the ocean. The humpback whale made it a sport to show off the best sides of his body. Even giving us a wave goodbye when the boat went onwards to give the whale its space. We witnessed something very remarkable after that. We saw not one, but two blue whales! Usually these whalesare really hard to track because their size allows them to travel at very high speed. After they come up for air they usually disappear for 15 minutes underwater again. But these two whales were showing of their skills, coming up every 2 minutes or so. This allowed the captain to track where they were going and chase after them! The boat was going full speed just to keep up with them and still they were gaining distance between them and the boat. The behavior of these magnificent beasts was so amazing to witness. This trip resulted in photos you take once in a lifetime!

So close but so far away

To conclude our journey along the coast we spent 3 days in San Francisco. We quickly learned that American cities are very different from European cities. For instance in a European city you can pretty much reach every tourist sight by foot. Well, American cities are a lot different. We had to take a cab (the app Lyft is your bestfriend in those instances) pretty much everywhere we wanted to go because walking there would take around 5 hours. The most impressive part of our visit to San Francisco was Alcatraz. They give you a guided tour which is recorded by prior inmates and guards.

The most haunting memoire was, that on new year’s eve the inmates could hear the joy and partying going on in San Francisco, reminding them just how nearby freedom actually was but they would never reach it. The island of Alcatraz was a beautiful haunting mixture of old and new. The parts that had to be restored were brought back to live in a way that honored the memory of the place. The entire island was free to roam around. Especially when fog started to come, it created the perfect scene for some hauntingly beautiful shots. I loved how you could interact with history on the island roaming the very halls of the inmates before you. It created a unique opportunity to take some shots that will take you back in time.

Leaving the fuzz and the lights of the city behind we drove inward to the national park of Yosemite. Taking a hiking trip with about 8 kg worth of camera equipment might not be ideal but the photos I took sure made up for it.

We took a hiking trial leading up to Lombard dome. If it was up to my girlfriend she would have set up camp there. The most beautiful view unearth itself with every step we took. Reaching the top gave us a panoramic view of pine trees as far as the eye can see. The great, never ending beauty of the American National Parks is something you can find nowhere in the Netherlands. If we had the time we could have stayed here for weeks hiking every trail! These high views are perfect for using a wide-angle lens. The almost fish eye effect of my Sigma 12-24mm Art makes it possible to capture the grandness of the view. Using the HDR settings I made a series of tree photographs which I can later convert into one giving the view the lighting,colors and quality that it deserves.

And Then There Was Fire

Starting this journey we knew it could get cold during the nights, but, boy, did we not realize how cold actually. During the day we would hike wearing a t-shirt and a jacket. But as we came back to the campsite and as the sun was starting to set, the temperature dropped. We had a barbeque underneath the stars in -7 degrees Celsius. Luckily we were able to light a fire on our campsite. All snuggled up in mutable layers of clothing we roasted sausages over the fire. Man, was I glad we had an RV and not a tent at this point!

After 2 days in Yosemite we went to find our way to the Sequoia forest. We drove 4 hours just to find out we had to drive back another 2 hours again to get in at Kings Canyon, because the RV would not fit over the main access road. So we drove as fast as the RV would allow us along the narrow roads to arrive at the 2nd largest tree in the world just before nightfall. We basically ran to it and basked in its glory until the sun set. Walking back it was pitch black. I was so glad we had our flashlights with us, because we would not have been able to find the RV without, even though it was parked only a few meters away. This darkness did give me the opportunity to test out my external flash. And well, it did not disappoint!

Leaving the trees behind we went on our journey to nothingness; Death Valley. It’s vast variety of complete emptiness is so beautiful you can’t help but admire it. Driving there we spent close to 4 hours on the road passing only two other cars. It felt like we were driving on the end of the world. Death Valley is one of the darkest places on earth so I was really excited to take some beautiful star photos. But unfortunately we arrived the first night of the new moon. This meant that at four o’clock at night the moonlight was so bright that I could take a picture as if it was daylight. It was the kind of moon you read about in books. I never understood the concept of the moon being so bright it could guide your path. Yet, now I do. It was that kind of light. And even though I did not get to take the night photos I wanted, I got a beautiful  experience in exchange.

On the Bottom of the Sea

Being from the Netherlands I am kind of used to the idea of walking on the bottom of the sea. But Bath Water basin was a different experience entirely. The weather was not too hot for Death valley it was around 35 to 40 degrees Celsius when we visited. We took 4 big bottles of water on our hike to the center of bath water basin and still we were light headed and in desperate need of water when we returned. It makes you appreciate the Native Americans and cowboys that had to travel these lands before us. Bath water basin was truly a sight to behold. The salt that was once part of the sea had crystallized and arranged itself into huge hexagon shapes. The great nothingness of death valley that I spoke of earlier was perfectly represented in these miles and miles of salt patterns onthe ground. Despite the heat this was the highpoint of our visit to death valley.

From Complete Silence to Extreme Loudness

We left the serene quietness of the national parks and replaced it for the city of excess. Las Vegas is the strangest city I have ever visited. Yes, it is an experience, but no, I would not go there again. It took us a while to accommodate to the busyness of the city after the serenity of the National Parks. With the arrivalof the night, the city actually became busier and more entertaining. It also gave me a chance to take some nighttime city photography. The lights really made it a great location for photos.

Finish it Off Grand

Our last planned stop was Grand Canyon national park. Personally we preferred Zion over Grand Canyon. And if we were to go back, we would definitely hike into the canyon instead of just doing the trail along the edge. But the views were very beautiful. At sunset we went to Dessert Viewpoint. It was one of the most breathtaking sunsets I have seen. At night I got one more shot at night- and star photography. We lit a fire, because the temperature dropped almost as bad as it did in Yosemite. The fire lit up the trees in a beautiful mixture of red, yellow and green. This star shot is the personal favorite of my girlfriend because of the composition and the trees.

Around and Back Again

After these amazing past few days the time had come to hand in the RV. We spent the last of our time looking around Hollywood. We spent our last evening at Santa Monicapier. It was an amazing trip and we were so lucky to have each other as travel companions. The memories will last a lifetime and they will be accompanied by the amazing photos I took on this trip. 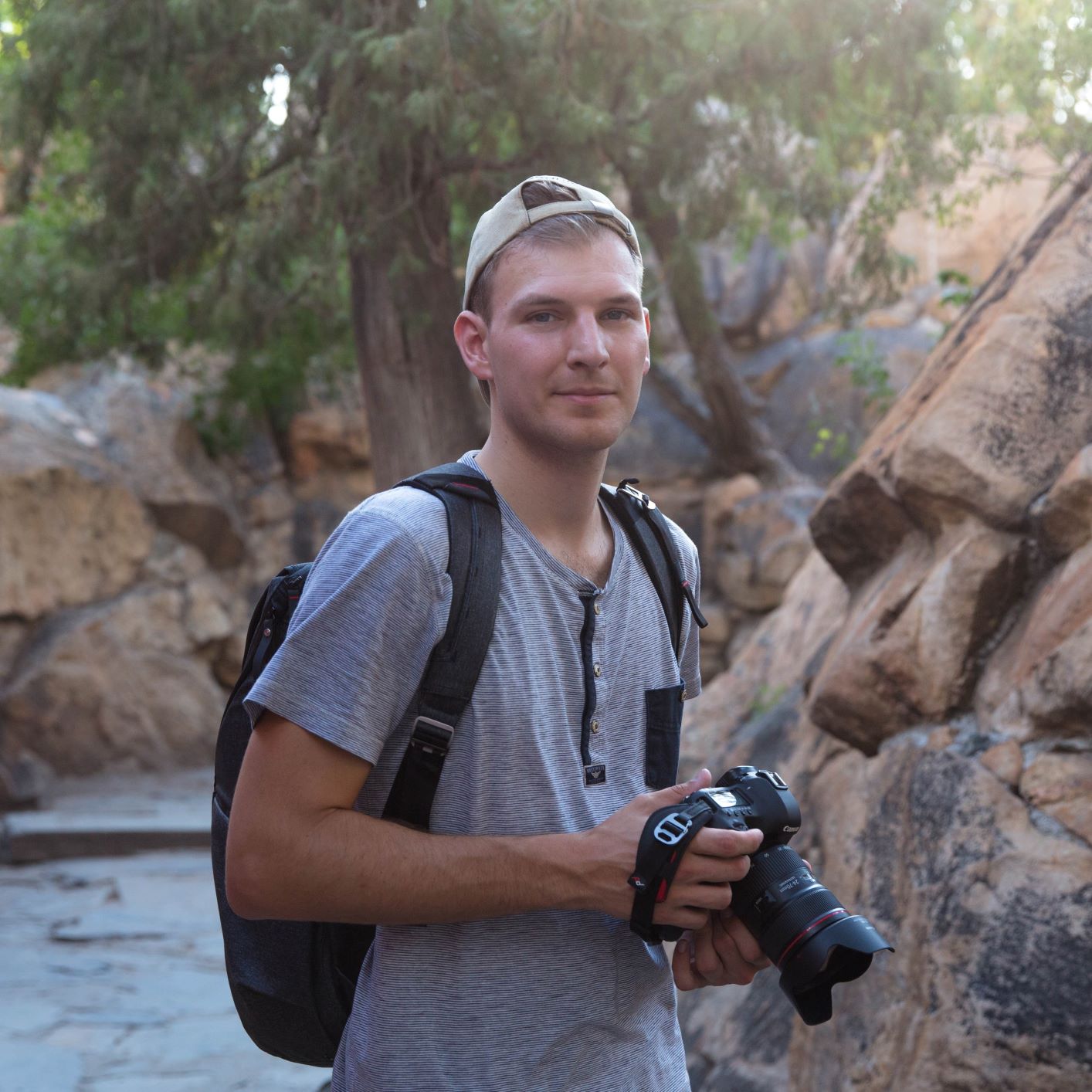 Hi! My name is Michiel and I love to experiment with photography and capture my trips in photos. Through this site I'm keeping track of trips and adventures for you to follow. Take a look at my portfolio and read some of my posts to stay up to date with my amazing adventures. 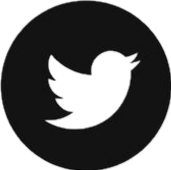 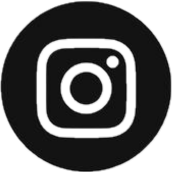 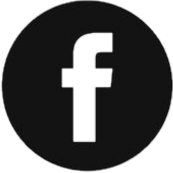 Related to this Article